We are currently accepting applications for new members and new chapters.  Please contact us today for more information.

Click here to inquire about forming a chapter at your jail

Our club is open to all active and/or retired correctional employees from any local, state, or federal correctional institution in America.  Anyone seeking membership must be currently employed as a correctional employee in good standing or retired of the same. All membership applications must be reviewed and approved by the chapter accepting the application, and must also be approved by the national board. Applicants must be at least 21 years of age; not part of a terrorist group or recognized subversive organization; not be a registered sex offender or convicted felon; be of good moral character; and be capable of understanding the obligation of membership. The national board may, on a case by case basis, grant an exemption to any applicant or member, as may be determined.

Anyone seeking or accepting membership must have and maintain an interest in motorcycles and in being a participating member of this motorcycle club; whether or not they possess the ability to operate a motorcycle.

Origin of The Pride

In 2000, a corrections officer from the State Correctional Institution at Dallas, PA, was hit by a drunk driver and seriously injured.  He exhausted all of his paid leave time, and had no source of income.  In an effort to raise funds for the officer and his family, some friends and co-workers who rode motorcycles came up with the idea of holding a benefit run. The run was a huge success, exceeding everyone’s expectations.

A few weeks later, while sitting around a campfire, Charlie Coleman, Linda Wodyka, Paul Robinson and Ed Lanyon talked about the run that they had just put on.  They realized that other correctional employees might very well find themselves in the same predicament. Our Founders had the vision and foresight to recognize that if one person could be helped by the actions of a few, if we were to organize as a club, we could have a reserve on hand to assist others in their times of need as well. The wheels were in motion as ideas spilled into the embers of the campfire for hours. When the evening was over, a plan of attack was in place. Included was Jack Callaghan, who was instrumental in organizing the original run.

Jack took the idea of the “Pride” as our name and helped create the symbol that is now our back patch. An original set of by-laws was drawn up, and from there the idea was brought to a public forum, where it was met with favorable response. At that time, it was determined that a National Board should guide the new club.

Jack, Charlie, Linda, Ed, Tom, Paul, Art, and Rich are our founding members; the “Circle of the Eight” forged the foundation on which this club was built. 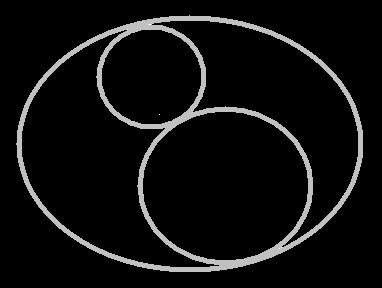